Following World War I, the Treaty of Versailles severely limited aircraft production in Germany; military aircraft could not be built or developed. Germany created the Department of Aviation within the Ministry of Transportation to oversee commercial aircraft. The Department of Aviation initiated development of a large, powerful engine to solely provide power for an equally large aircraft. This led to the Argus As 5—the company’s first post-World War I engine project. 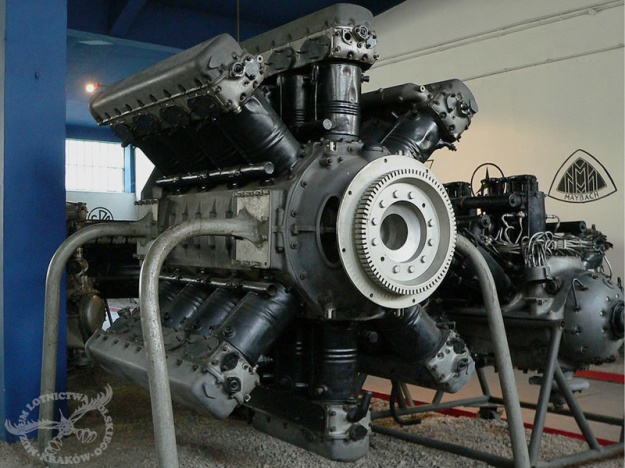 The Argus As 5 was a liquid-cooled, 24-cylinder engine with six banks of four cylinders. The cylinders were arranged in a double-W, or double broad arrow fashion. The top and bottom banks of cylinders had 45-degrees of separation from the bank on either side. The top set of three cylinder banks was separated by 90-degrees from the bottom set of three cylinder banks. All cylinders used a common crankshaft with a master and articulated connecting rod arrangement.

Close-up view of the top three cylinder banks of the Argus As 5. (Stanislaw Guzik image)

After a few engine runs, the idea to power a large aircraft with a single large engine progressed no further, and the As 5 never took flight. Three Argus As 5 engines were built between 1924 and 1927. Development was abandoned partly because no aircraft could handle the engine’s immense size and weight. In addition, the German Ministry of Transportation decided that two smaller engines were more practical than a single large engine.

One of the three engines built still exists and is on display at the Polish Aviation Museum Krakow. The Argus As 5 is the largest engine in the museum’s aircraft engine collection.

3 thoughts on “Argus As 5 Aircraft Engine”