In 1943, Simmering-Graz-Pauker (SGP) in Vienna, Austria was tasked by the Heereswaffenamt (HWA, German Army Weapons Agency) to develop a new main tank engine for the Heer (German Army). The requested engine was an air-cooled diesel that would only require minor modifications to be interchangeable with the existing engine installed in various German tanks. The existing engine was the liquid-cooled Maybach HL230 V-12 that produced 690 hp at 3,000 rpm and displaced 1,409 cu in (23.1 L). However, reliability issues with the HL230 limited the engine to 2,500 rpm and 600 hp (447 kW). The demand for an air-cooled diesel was dictated by Adolf Hitler, and SGP was to work closely with Porsche GmbH to develop the new engine. 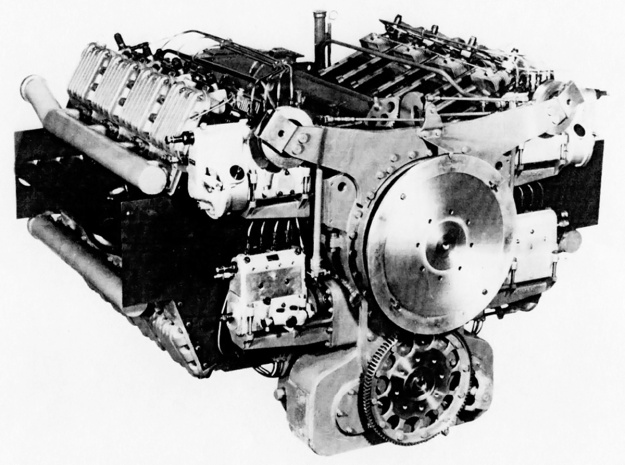 Front view of the basic Simmering-Graz-Pauker Sla 16 engine without the airbox, turbochargers, or cooling fans. The intake manifolds and some baffling can be seen in the 45-degee Vee formed by the cylinders. Note that the intake ports are on the top of the cylinders.

Led by Ferdinand Porsche, the Porsche design and consulting firm had experience with air-cooled engines and took on the brunt of the preliminary design work for the new engine. Ferdinand Porsche had been discussing tanks and diesel tank engines with Hitler since 1942. Designed by Porsche’s Paul Netzker, the new engine was an X-16 layout consisting of four banks of four cylinders. The cylinder banks were spaced 135 degrees apart on the top and bottom and 45 degrees apart on the sides. The engine was issued Porsche designation Type 203 and SGP designation Sla 16 (which will be used for the remainder of this article).

The Simmering-Graz-Pauker Sla 16 was made of a sheet steel crankcase and used a single crankshaft with four master connecting rods. Three articulating connecting rods attached to each master rod. The cylinders were comprised of a substantially finned aluminum cylinder head screwed onto a finned, steel cylinder barrel. At the front of each cylinder bank was an injection pump that fed fuel to that bank’s cylinders. The fuel injector was positioned in the cylinder head and angled toward the 135-degree side of the cylinder. At the base of each cylinder bank was a camshaft positioned on the 135-degree side. The four camshafts were driven from the rear of the engine and operated the two valves per cylinder via pushrods and rockers. The intake and exhaust ports were located on the 45-degree side of the cylinders, with the intake port on the top of the cylinder.

Transverse cross section of the Sla 16 illustrates the engine’s X configuration and the drive for the cooling fans. Note the master and articulated connecting rods and the four exhaust manifolds in the left side of the drawing.

To cool the engine, a fan was placed above and outside each of the two upper cylinder banks. The fans extracted warm air out from between the tight, 45-degree cylinder bank sections, which were closely baffled. As a result, cool air was drawn in through the cylinders’ cooling fins and into the 45-degree Vee. Each fan was driven via a beveled gear shaft that extended from the cooling fan to the rear of the engine. Here, an enclosed drive shaft with two universal joints and beveled gears took power from the crankshaft at the extreme rear of the engine and powered the shafts that led to the fans. The cooling fans were developed by FKFS (Forschungsinstitut für Kraftfahrwesen und Fahrzeugmotoren Stuttgart or Research Institute of Automotive Engineering and Vehicle Engines Stuttgart). The fans were 20.5 in (520 mm) in diameter and operated at 2.05 times crankshaft speed. Two oil coolers flanked each engine cooling fan. 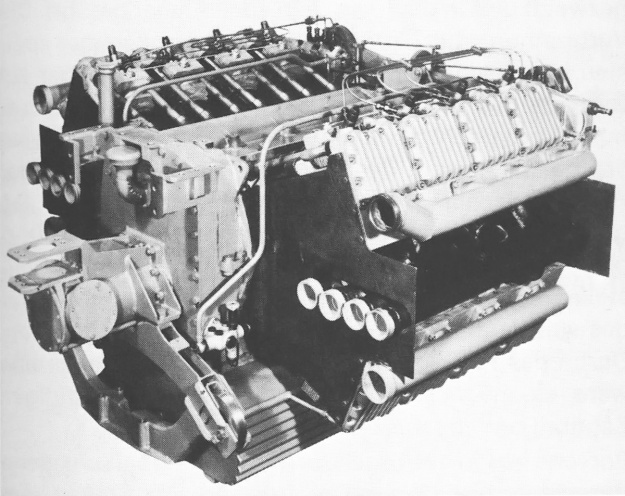 Without all of the engine’s accessories, the drive for the cooling fans can be seen protruding from the back of the Sla 16 engine. The push rod tubes and fuel injectors are visible on the far cylinder bank. The four passageways in the rear baffle are for the exhaust manifolds.

Helical gears increased the speed of the Sla 16’s output shaft to 1.5 times crankshaft speed. The speed increase was needed because of the operating speed difference between the Sla 16 and the Maybach HL230. In order to be a direct replacement, the 2,000 rpm Sla 16 needed to have an output speed multiplier to match the 3,000 rpm HL230. Since the Sla 16’s crankshaft was in the middle of the engine’s X configuration, the step-up gears also lowered the output shaft to align with the existing transmission used with the V-12 HL230. 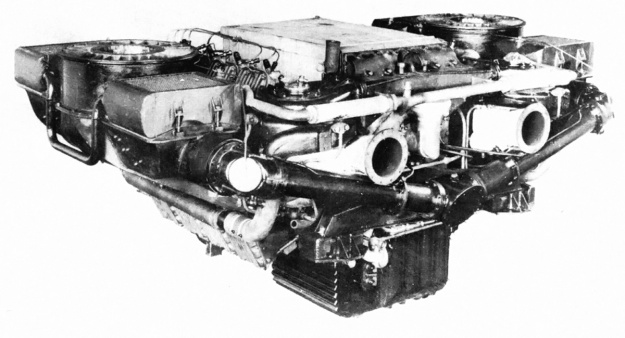 Rear view of the complete Sla 16. The airbox on the top of the engine fed air into the turbochargers via a bifurcated manifold. Note the oil coolers and cooling fans. The enclosed drive shafts for the cooling fans can been seen below the turbocharger exhaust outlets.

The first Sla 16 engine was tested in late 1944 and produced 770 hp (574 kW) at 2,200 rpm without the cooling fans. It took around 95 hp (71 kW) to drive the cooling fans, which reduced the engine’s output to 685 hp (511 kW). On 10 January 1945, two Sla 16 test engines had completed a combined 300 hours of test operation. Porsche’s involvement with the engine had essentially stopped by this time. Plans were made for Sla 16 production to start in June 1945 at the Steyr-Daimler-Puch factory in Austria. Steyr-Daimler-Puch was producing Daimler-Benz DB 603 engines (although the factory built DB 605s from October 1942 to October 1943), and production of the DB 603 would give way for the Sla 16. Some changes were incorporated into the Sla 16 production engines, such as the use of two fuel injection pumps rather than the four pumps used on the prototype engines. It is possible that the production engines carried the Porsche Type 220 designation. However, the Sla 16 engine never entered production because of the German surrender in May 1945.

A Sla 16 engine was reportedly installed in the chassis of the experimental Panzerjäger Tiger Ausf. B (Tank Hunter Tiger Variant B or Jagdtiger, Hunting Tiger) and underwent some feasibility tests. Initially, the lower cylinder banks ran hot, but modifications to the cooling fans and air baffles resolved the issue. In addition, a Panzerkampfwagen Tiger Ausf. B (Armored Fighting Vehicle Tiger Variant B), or Tiger II, was modified to accept a Sla 16 engine and waited for the engine’s installation. However, the installation was never completed. The engine was also proposed for the VK 45.02 P2 (Porsche Type 181C), which was never built. The majority of Sla 16 parts, tooling, and equipment were captured by the Soviet Union at the end of World War II.

In late 1943, FKFS contemplated using the 140 cu in (2.3 L) cylinder from the Sla 16 as the starting point for a new tank engine to power the proposed Panzerkampfwagen Panther II. The FKFS engine consisted of two V-12 engines mounted 90-degrees apart on a common crankcase. The 24-cylinder engine would have displaced 3,354 cu in (55.0 L) and produced 1,100 hp (820 kW). Four engine-driven, FKFS cooling fans would have been installed, with two above each V-12 engine section. The FKFS 24-cylinder engine project did not progress beyond the drawing board, and the Panther II was never built. 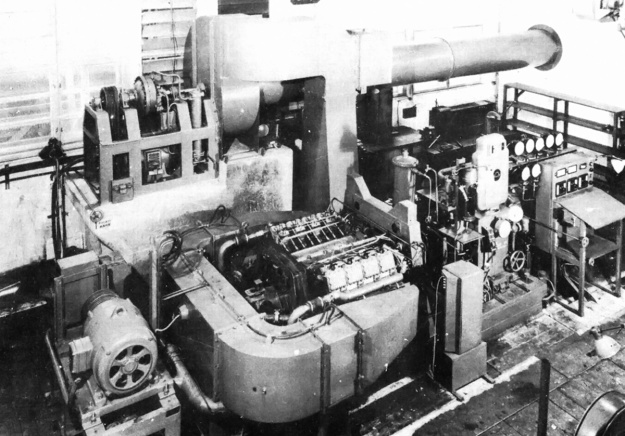 The Sla 16 engine under test in late 1944 without cooling fans or turbochargers. However, the test equipment most likely provided forced induction.

Furthermore, a number of sources list the larger, 1,500 hp (1,119 kW) engine as an X-18. However, there can be no X-18 engine; to add up to a total of 18 cylinders, two banks would need to have five cylinders each, and two banks would need to have four cylinders each. Such an armament would be ill-advised. Most likely, “X-16” was either mistyped or misread as “X-18” on some scarce document captured at the end of World War II, and the misnomer stuck. However. 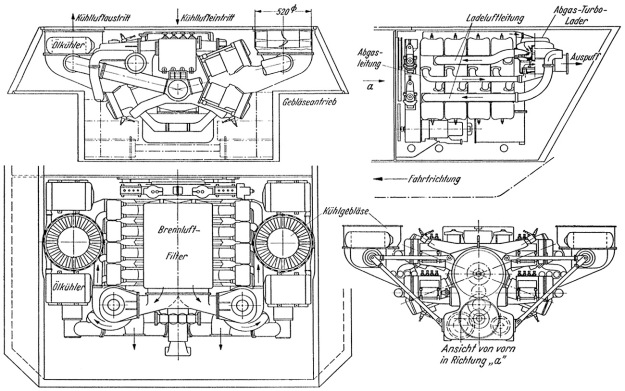 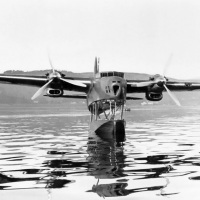 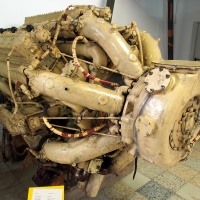 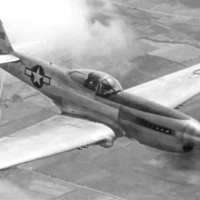 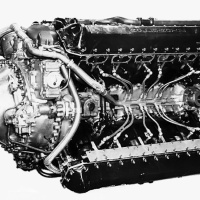 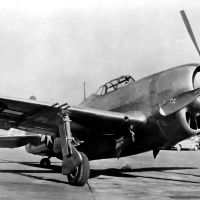 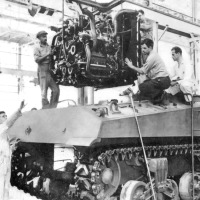