In May 1943, the Japanese Army Air Force issued a specification for a high altitude, long range heavy fighter. Led by Tomio Kubo, a team at Mitsubishi began to design the single-engine Ki-73 (Allied codename: Steve) to meet this specification. However, the aircraft’s power plant, a 2,600 hp (1,939 kW) Mitsubishi Ha-203-II 24-cylinder “H” engine, suffered from severe developmental delays and was ultimately abandoned. As a result, the Ki-73 was abandoned as well.

The Mitsubishi Ki-83 on a test flight with US markings on the fuselage. The brace from the horizontal stabilizer to the fuselage can barely be seen. The notch in the underside of the fuselage should be the access hatch for the second crew member. Apparently the hatch was missing on this flight, as a hatch made mostly of acrylic glass should be visible in other images.

Kubo went back to the drawing board and created another designed based on his experience with twin-engine aircraft, including the Mitsubishi Ki-46 (Allied codename: Dinah). What Kubo designed was perhaps the most advanced Japanese aircraft built during World War II: Mitsubishi Ki-83.

The Ki-83 was an aerodynamically clean, all metal aircraft with two crew stations. Its mid-fuselage mounted wings were equipped with Fowler-style flaps. The pilot had a 360-degree view, and the radio operator/navigator was positioned in the aircraft’s fuselage behind the wings. The second crew member had very cramped accommodations with small windows. However, the second crew member was not intended to be on every mission.

The aircraft featured fully retractable gear including the tailwheel. The main wheels retracted back into the engine nacelles. The Ki-83’s armament consisted of two 30 mm Ho-105 and two 20 mm Ho-105 cannons, all housed in the lower nose. In addition, two 110 lb (50 kg) bombs could be carried on under-wing hardpoints. Some sources say the bombs were carried internally, but this appears unlikely unless the bombs replaced the second crew member.

The Ki-83 was powered by two Mitsubishi Ha-211-IRu (joint designation [Ha-43] 12) air-cooled radial engines, each driving an 11.5 ft (3.5 m), four-blade propeller. The 18-cylinder engines had a bore of 5.51 in (140 mm), a stroke of 5.90 in (150 mm), and a total displacement of 2,536 cu in (41.6 L). The engine was turbosupercharged and produced 2,200 hp (1,640 kW) for takeoff and 1,750 hp (1,305 kW) at 31,170 ft (9,500 m). The turbocharger was placed in the rear of the engine nacelle. Fresh air would enter the turbocharger near the rear of the nacelle on the outboard side, be compressed, and then flow to the engine through an air box in the upper nacelle. The engine’s exhaust was expelled from the turbocharger on the inboard side of the nacelle, and a wastegate was positioned at the end of the nacelle. The exhaust arrangement provided some additional thrust. An engine oil cooler was positioned under the nacelle.

Another early image of the Mitsubishi Ki-83 in Japanese markings. Curiously, there seem to be no oil coolers under the engine nacelles.

The first Ki-83 prototype was completed in October 1944 and flew the following month on 18 November. Test flights were often interrupted by Allied bombing raids, but the Ki-83 demonstrated excellent maneuverability and performance. However, the prototype did experience tail and engine vibration issues and failures of the turbochargers. To cure the issues with the tail, an angled brace was added from the horizontal stabilizer down to the fuselage, and balance weights were added to the elevators. Based on the Ki-83’s performance, the Japanese Navy expressed interest in the aircraft, and the Army agreed to give the Navy some examples after production had started. Reportedly, 39 Ki-83 aircraft had been ordered. 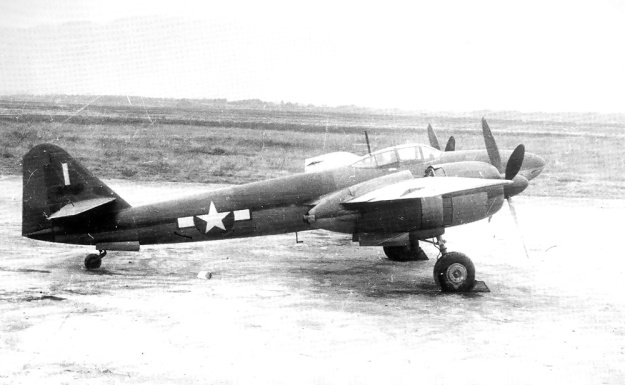 The captured Ki-83 while still in Japan. The wastegate exhaust is visible at the rear of the nacelle, and the air intake can be seen on the outboard side of the nacelle just below the trailing edge of the wing.

With the war situation deteriorating for Japan, their limited resources were dedicated to the production of interceptor fighters, and the Ki-83 never entered production. At the end of the war, US forces were surprised to find the Ki-83 because it was an aircraft they knew nothing about. In addition, an advanced high-altitude interceptor version, the Ki-103, and a reconnaissance version, the Ki-95, were under development. The original and sole remaining Ki-83 was flight tested by the Allies at the Matsumotu Army Air Base in Japan. On one of those flights and with the aid of high-performance US aviation fuel, the Ki-83 reportedly achieved a top speed of 473 mph (762 km/h) at 22,965 ft (7,000 m) and could climb to 32,810 ft (10,000 m) in 9 minutes, but a definitive source reporting this impressive performance has not been found.

After flight testing, the Allies came to the conclusion that the Ki-83 was a very maneuverable and high-performance aircraft. In December 1945, the Ki-83 was shipped to the Alameda Air Station near San Francisco, California aboard the USS Tulagi escort carrier. The Ki-83 was given the Foreign Evaluation number FE-151 and flown some in the US. By February 1946, it was at the Middletown Air Depot (now Harrisburg International Airport) at Middletown, Pennsylvania and available for examination by the US aircraft industry. In September 1946, the Ki-83 was allotted to the Air Force Museum, but evidently these plans fell through. The Ki-83’s last known whereabouts were at Orchard Field Airport (now O’Hare Airport) Special Depot in Park Ridge, Illinois in 1949. There are no further details of its fate and it is presumed to have been scrapped at Park Ridge in 1950. 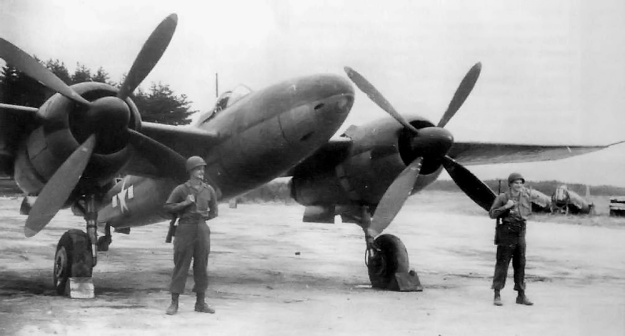 Mitsubishi Ki-83 under guard by US forces in Japan. The 30 mm cannons are in the lower nose with the 20 mm cannons above. The turbocharger exhaust can just be seen at the rear of the nacelle in the center of the image. 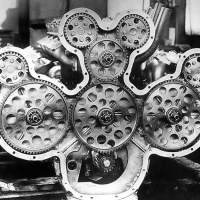 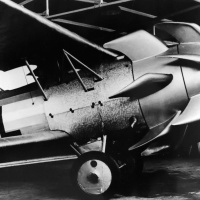 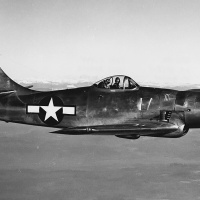 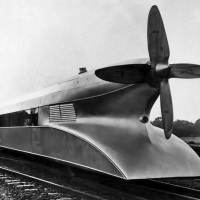 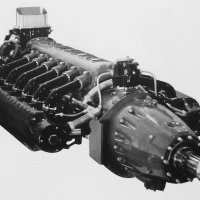